At EverLine Coatings and Services in Ottawa we provide a wide variety of parking lot maintenance services. From line painting to asphalt sealing we can handle any maintenance job you need done.

Our Work in Ottawa

Calum worked for EverLine during its first year of operation and was the second employee ever hired. Since then he has come back many times during time off university, working as a painter, team lead, equipment specialist and operations consultant. During the course of his mechanical engineering degree he worked a variety of coop positions in project management and maintenance fields.

After graduation in 2016 he decided to come back to EverLine as a Franchise Manager. EverLine had always stuck in his mind because they not only worked to build a great company, but to build great people. He looks forward to continuing that tradition in Ottawa.

In his spare time he enjoys woodworking, fishing, and both board and video games. 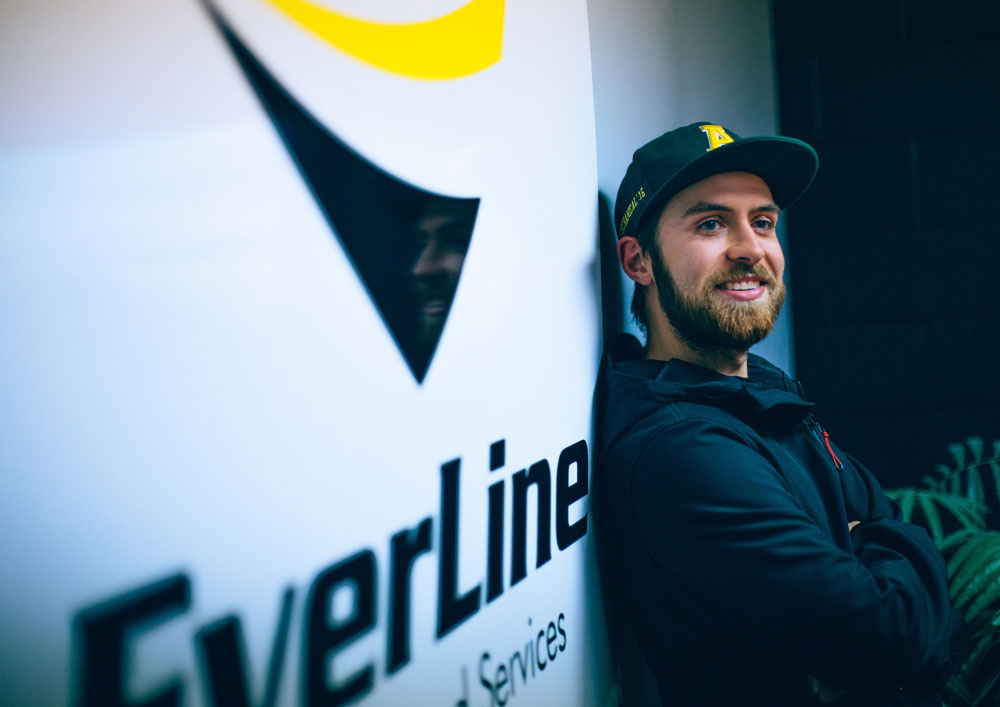 EverLine is the best choice when it comes to parking lot or property maintenance services because of our unwavering commitment to quality. At EverLine we implement quality systems to ensure we always exceed expectations and constantly innovate to provide the best possible end results. Our commitment to our employees is another cornerstone to our high quality services. We ensure that all of employees have been thoroughly trained and can provide services that meet our and your standards. We also make sure that our crews have the highest quality products and most cutting edge equipment at their disposal. We put our crews in the best possible position to impress our clients with their work.

FAQ About our Ottawa Services

While it does depend on traffic, surface quality and general usage of the parking lot, it is very common to repaint once a year. For high traffic areas it is a good idea to repaint twice per year.

We understand it may be a pain to repaint every year. That is where our TBL Durables material comes in! TBL Durables is our durable line paint that chemically bonds to asphalt that will last 3 times longer than standard traffic paint. It stands up to Canada’s harsh winters and will ensure that your traffic markings stay visible all year round, for many years!

We will consult with our clients on the best combination of products that will last the longest on any budget.

Can EverLine complete a line painting project overnight or on weekends?

At each EverLine location we have line painting crews available to complete a line painting project whenever it is convenient for your business. This means we are available on nights and weekends so we can best serve you.

I need my parking lot painted right away, can EverLine help?

How long should I wait before having my parking lot repainted?

It is most economically friendly to repaint your parking lot at least once per year. If you wait too long, your lines may fade away entirely and the cost for doing a new layout of the lines is quite higher than just having a regular maintenance program.

Once the snow melts, the parking lots must be swept to remove gravel, dirt and debris before we can paint. Once that is done, we can come in and paint the lines! Any asphalt crack filling, seal coating and repair should be done before the line painting gets started.

How often does my parking lot require asphalt seal coating?

Asphalt should be seal coated every 2-4 years depending on traffic, exposure to the elements and usage.

Can EverLine repair the cracks in my parking lot?

EverLine is proud to offer crack filling services out of all of our locations. It is important to take care of any cracks that have appeared in your asphalt as 75% of asphalt cracks become potholes. We are more than happy to help with all of your asphalt maintenance needs.

Can EverLine sweep my parking lot overnight or on weekends?

Can EverLine paint my parking lot in the winter?

We wish! When the temperatures go below 6 degrees Celsius, it is too cold for the paint to properly cure. Any paint applied below this temperature has compromised durability and you will not get the value for your money.

The best time of year to do line painting is during the Spring, Summer and Fall months.

Since we are not doing any line painting or parking lot maintenance services in the winter, our same professional approach to project management that we use throughout our thousands of projects during the summer time works very well during the winter months. We make sure that snow removal crews are where they are supposed to be, when they are supposed to be, and that they are completing it in an efficient manner.

How does EverLine maintain their quality work?

EverLine Coatings and Services has found consistent success by having all employees follow the “EverLine CORE Quality System”. This system ensures that our clients are well informed of your vision with a clear working scope provided to our crews. We have real-time operations reports submitted to us so that our management and clients are fully aware of the status of each project. We reach out to ensure that our clients are totally satisfied. Finally we review our procedures, work and application methods to constantly improve.