Road Markings from Around the World

Given that not every country has a standardized set of road markings that they use, there are some pretty wild looking road markings out there in the world. They are good for a laugh but they definitely have the potential to be dangerous for motorists and pedestrians alike! Any road marking that leaves a motorist confused or unsure of what to do can make for an unsafe environment to operate a motor vehicle. Let’s take a look at some of the unique road markings in the world and why they are important.

The Style of Road Markings

It’s important to note, although road markings may have the same meaning or function, they have a different style when it comes to where they are located. Take this picture for example.

Here we have two examples of the same kind of intersection. The top is in Germany and the bottom is in France. As you can see, the Germans use solid lines on the shoulders of the road, whereas the French use a dotted line for the majority of it. Next, you’ll also notice that the French use a bolder line on the shoulders of their road than the Germans thin solid line. Finally, the marking that separates the turning lane from the rest of the road is a lot bolder and more filled in on French roads than German Roads. A bolder line is always going to be more visible but can be costly. When accompanied with the proper signage, both scenarios and styles of road lines are perfectly safe. 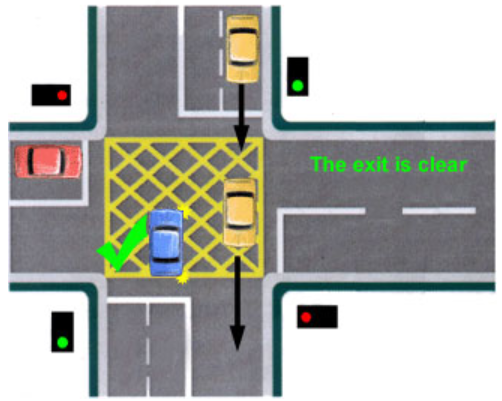 Box Junctions are an interesting thing the UK has implemented in order to keep traffic moving. As some of you may know, the British drive on the left side of the road with right-hand drive vehicles. That being said, making a right turn would be the equivalent of making a left turn at a difficult intersection in North America. If you’ve ever sat in a turning lane waiting for a break in oncoming traffic so you can turn, you probably know the feeling of difficulty many people experience. The idea behind a box intersection is that you are allowed to enter the yellow criss-cross area if the exit road is clear and wait there to turn right once there is a break in oncoming traffic. This is an effective way to keep traffic moving and free with the heavy traffic they experience in the UK. 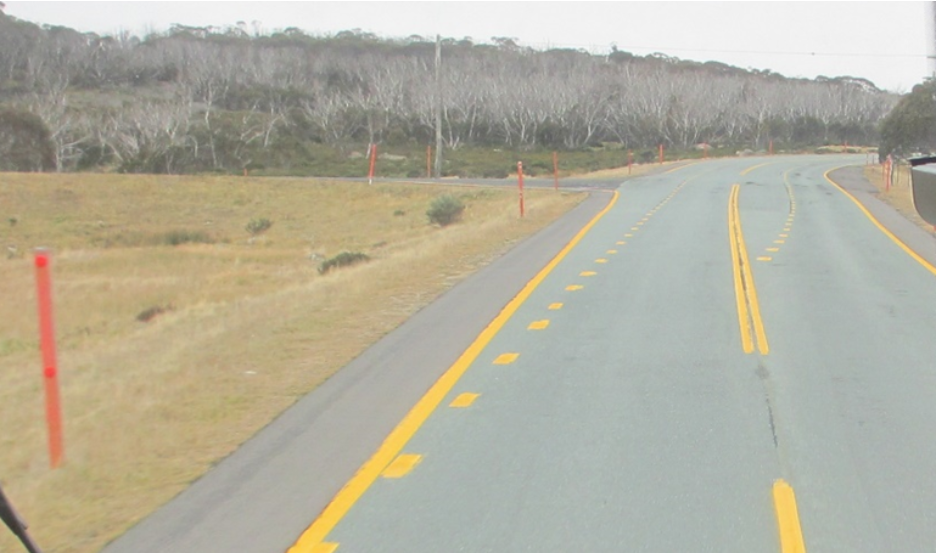 This picture is from New South Wales, Australia. Given that it is an area that gets a fair bit of snow, they have opted to not use white lines on some of their snowiest areas as yellow lines give a better contrast in the snow. Another cool thing to note with this photo is the layout and positioning of the road markings. Because Australians also drive on the left side of the road, the position of the markings reflect the different driving direction.

Markings on Other Road Surfaces 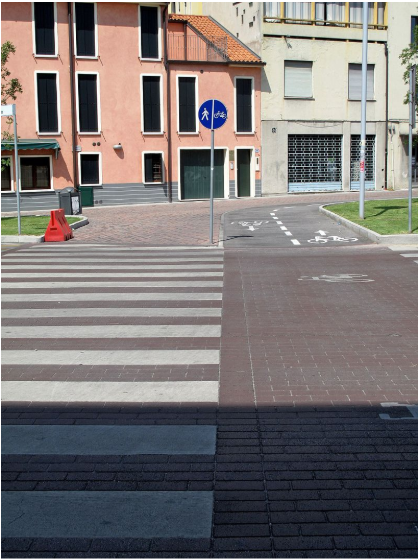 One of the interesting things about this beautiful world is that many countries have roads that aren’t made of tarmac. Take Italy for example, Italy has a number of cobblestone and brick roads. Even though they use a different road surface in some areas, the need for road markings is the same. In this photo, we see a crosswalk that has been painted onto a cobblestone road. Even if the road surface is different, the need for a crosswalk is still the same. Regardless of the road surface, we need to take pedestrian safety into account and ensure that they are able to cross the road safely. 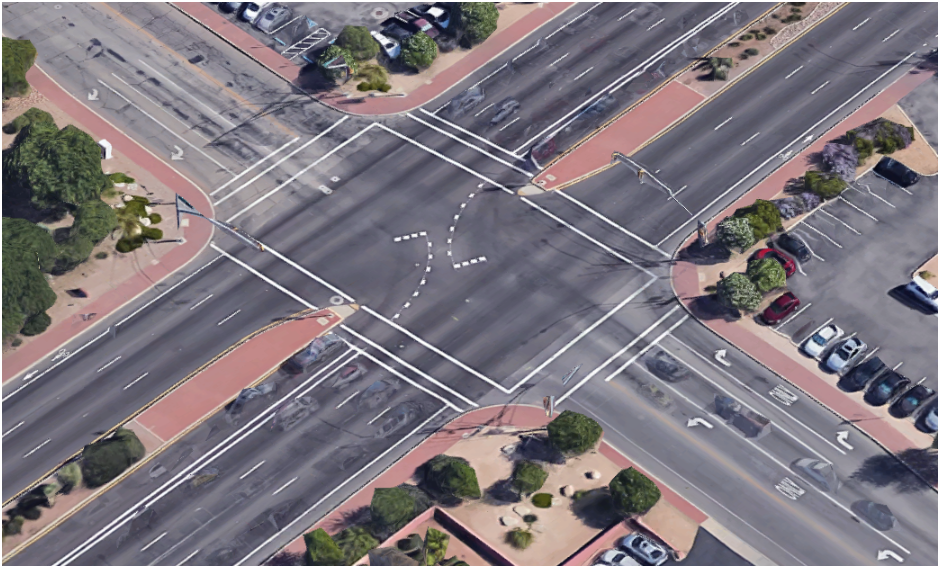 Another emerging trend in road markings is secondary “Yield” lines. Similar to a box intersection, these encourage motorists to move out into the intersection while they wait for a break in oncoming traffic to make a turn. These are effective as they give the driver a better view of oncoming traffic, a better view of the exit road, and traffic is able to move through the intersection with more efficiency and fewer interruptions. These are being implemented in Arizona as well as a few other southern states.

We love road markings and art. When they come together, they can make something pretty special! Some districts use road markings to give an area a unique look and feel. Take Chinatown in Perth, Australia for example. They have painted on these big red dots onto the road to match the red theme of the rest of the area. Unique road markings like this that match the theme and feel of an area is a great way to set an area apart and entice more people to visit the area.

Well, there you have it! We’re only scratching the surface of the different road markings in this world. Everywhere you go you’re going to see something a little different. Whether it’s a countries safety standards or just the aesthetic that they are trying to convey, road markings are essential in keeping our roads safe and making them look great too. For all of your road marking needs – regardless of how crazy they may be – EverLine Coatings and Services can get the job done.