How Safe is it to Drive in your Province?

As we can see in the graphic below, there is a large difference in the fatality rate per capita from one province to another. Each province has some variations in its driving laws and regulations. This leads us to ask the question, why are some provinces safer to drive in than the others? 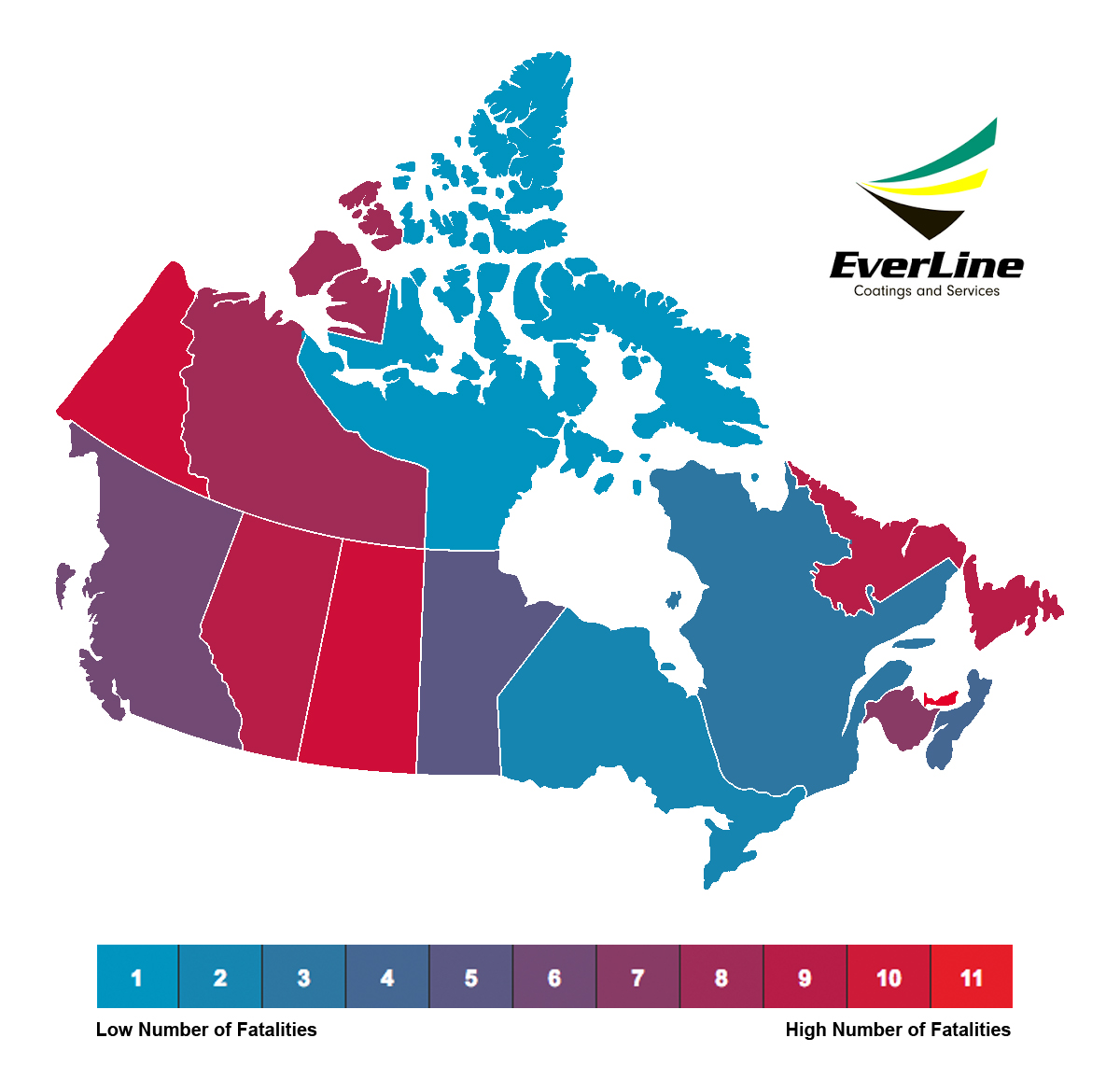 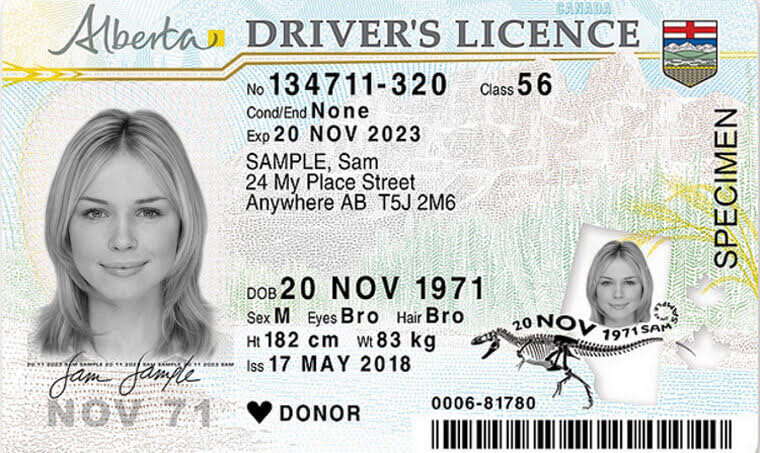 For example, Alberta uses a Graduated Driver Learning (GDL) system. This system lets drivers get a “Class 7 Learners Permit” at just 14 years of age. These young drivers must be supervised by a fully licensed driver at all times. At 16 years of age, they can get a “Class 5 GDL license” after passing a road test. This enables them to drive alone, but with certain restrictions to protect them and other road users. Finally, at 18 years of age, drivers in Alberta can get a full class 5 license after passing another road test that enables them to operate a motor vehicle as a fully licensed driver. Given that Alberta has a high traffic accident fatality rate, this could be an indicator that the legal driving age should be raised.

To contrast this with the other provinces, most provinces require you to be at least 16 to learn how to drive. In British Columbia, you need to be 16 years old to get a learners permit. You can get a similar version of the class 5 probationary license called the “Novice” or “N” permit at 17 years old. To get a full license, you need to drive safely for 24 consecutive months as a novice then pass a road test to get a full class 5 license. Meaning you would need to be at least 19 years of age to be a fully licensed driver. Given that BC has a lower accident fatality rate than Alberta, this could be an indicator that raising the legal driving age could make roads safer for motorists. 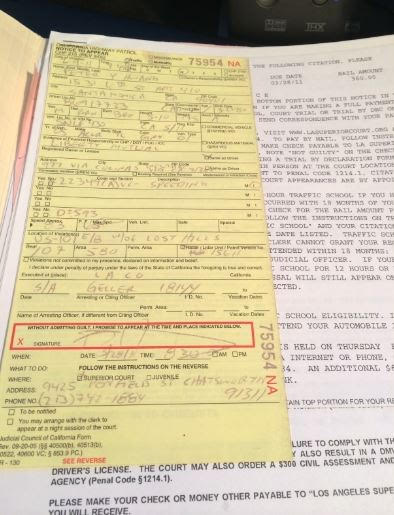 Another thing to consider is how harsh laws and penalties are for speeding in each province. Every province has a different fine for speeding tickets. For example, exceeding the speed limit by 10 km/h in Ontario will only cost you $40 whereas it will cost you $227 in Quebec.

A minor speeding ticket is one thing, but excessively speeding is much more dangerous. If you exceed the speed limit by more than 40 km/h in BC, your vehicle will be impounded. This is paired with a fine of $368 to $438 depending on how excessively the driver was speeding. This seems small in comparison to Ontario where you can be fined up to $10,000 for exceeding the speed limit by more than 50 km/h. Given that fatality rates are much lower in Ontario, it seems that larger fines could be an effective way to get drivers to slow down and make roads safer for motorists.

Driving Under the Influence

The Canadian criminal code is based on the 0.08% blood alcohol content (BAC) limit. However, most provinces and territories have recognized that crashes can be caused by impairment when drivers are below the 0.08% limit. All provinces except for Quebec have implemented an administrative license suspension (ALS) program to temporarily suspend the licenses of drivers with a BAC level of 0.05% or higher. These programs also include fines, impoundment and other penalties to entice drivers to be responsible and not drive while under the influence. Given that Quebec has a higher traffic accident fatality rate than some of the other provinces, tougher penalties for impaired drivers are a good way to keep our roads safe as well. 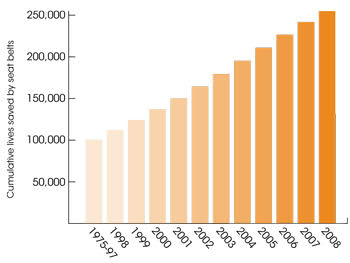 Wearing your seat belt could be the difference between life and death if you are involved in a serious accident. Studies show that wearing a seat belt makes a 74% reduction in overall fatal injuries. They also show that you are 30 times more likely to be ejected from a vehicle when not wearing one and 3 out of 4 people that are ejected during a crash die from their injuries.

It’s easy to see that seat belts are a lifeline for motorists if they are involved in a serious accident. That being said, authorities have taken measures to entice drivers to wear their seatbelts and save lives with fines and penalties. Seat belt fines range from just $75 in the Yukon up to $300 in Manitoba. Provinces on the higher end of the fine spectrum that are paired with demerit penalties like Ontario have a significantly lower fatality rate than other provinces. Enforcing seat belt laws and safe driving habits is an effective way to keep motorists safe. 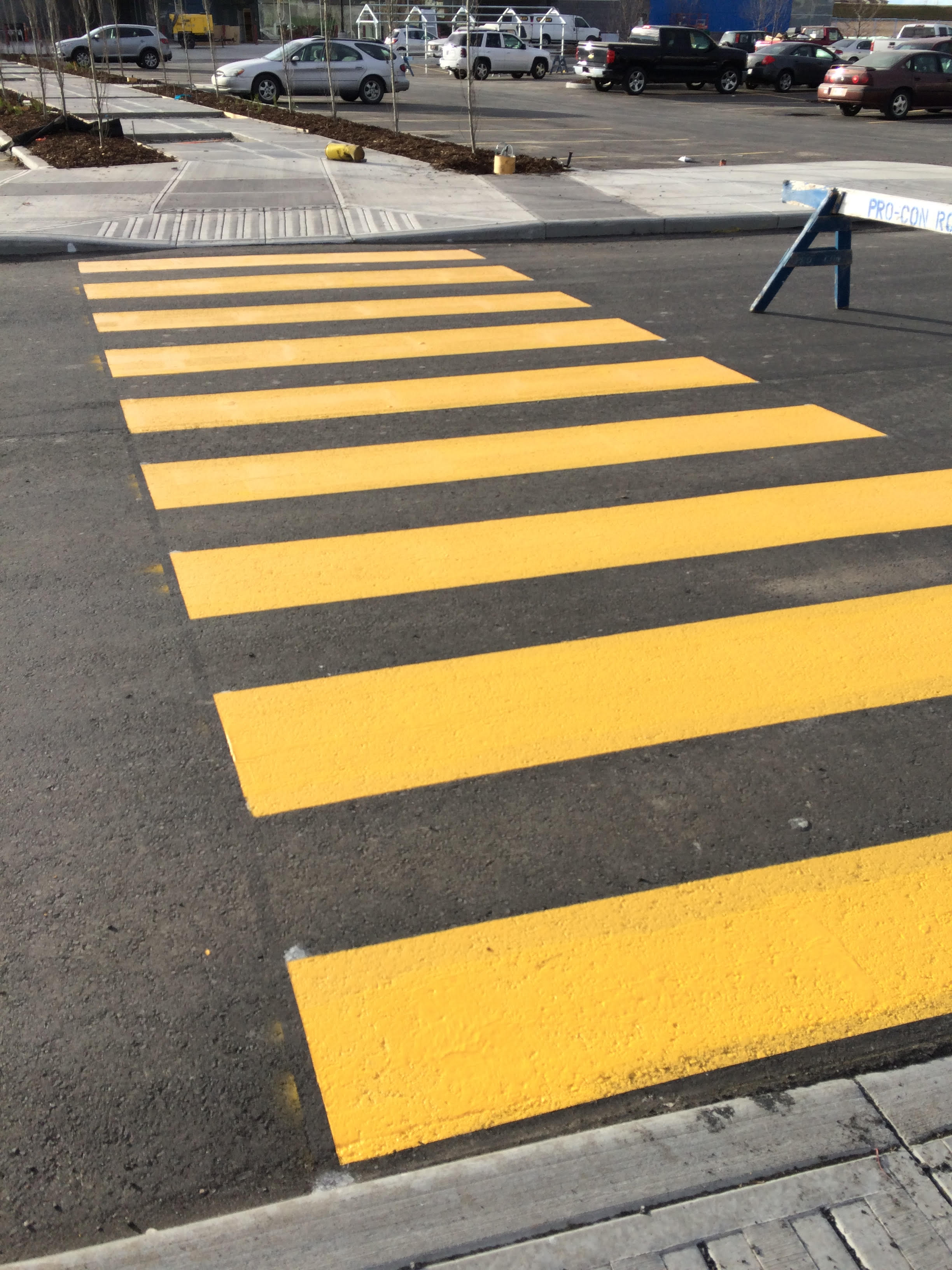 In Canada, we define road markings and signs as “Traffic Control Devices” or “TCD’s”. There are some general laws and specifications regarding the use of them, but there is generally a penalty for failing to obey the laws associated with them.

If you want to keep your property and motorists safe, it’s time to invest in good quality road markings to protect yourself and the users of your roadways. Remember, collisions and accidents can cost you money and increase your insurance premiums. Investing in safe driving is the best way to save money. For all of your road marking and road safety needs, the road safety specialists at EverLine Coatings and Services are here to help.