With over 200,000 Canadians choosing to commute by bike last year, we are seeing higher levels of bike lane traffic than ever before! People are trying to lower their carbon footprint, stay fit, and save money with alternative modes of transportation. As a result of the increased bicycle traffic, bike lanes are now essential for the safety of everyone in the inner city areas where people often use bikes to get around. Bike lane markings prevent collisions between cyclists, motorists, and even pedestrians. Studies show that bike lanes are one of the most effective ways to make roads in inner-city areas safer for everyone!

At EverLine Coatings and Services, we paint quality bike lane markings with our exclusive TBL Durables paint product to create a lasting solution that will keep cyclists and other users of the road safe for years. These bright, vibrant, and visible markings are essential to create a safe bike lane system in any city. We can paint everything from greenway bike lanes, to simple lines and markings that separate bikes from regular traffic in a dedicated lane.

To show how painting quality bike lane markings can improve safety for cyclists, pedestrians, and motorists, we have rounded up some interesting bike lane safety stats to show how impactful a good bike lane can be when implemented correctly. Bike lane paint can save lives, prevent injuries, and improve the flow of traffic in many areas! 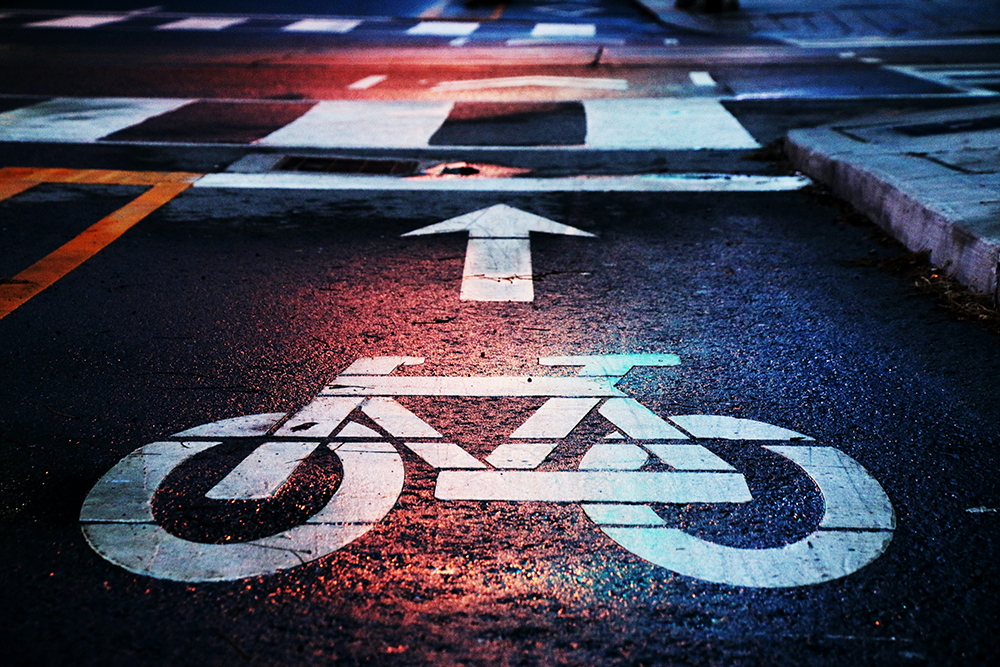 To give you a sense of how bike lanes can effectively improve safety for cyclists, pedestrians, and motorists, we have rounded up some interesting bike lane safety stats. These statistics come from a number of different resources that show how many bike-related collisions occur in a year and how the implementation of bike lanes can reduce those numbers. 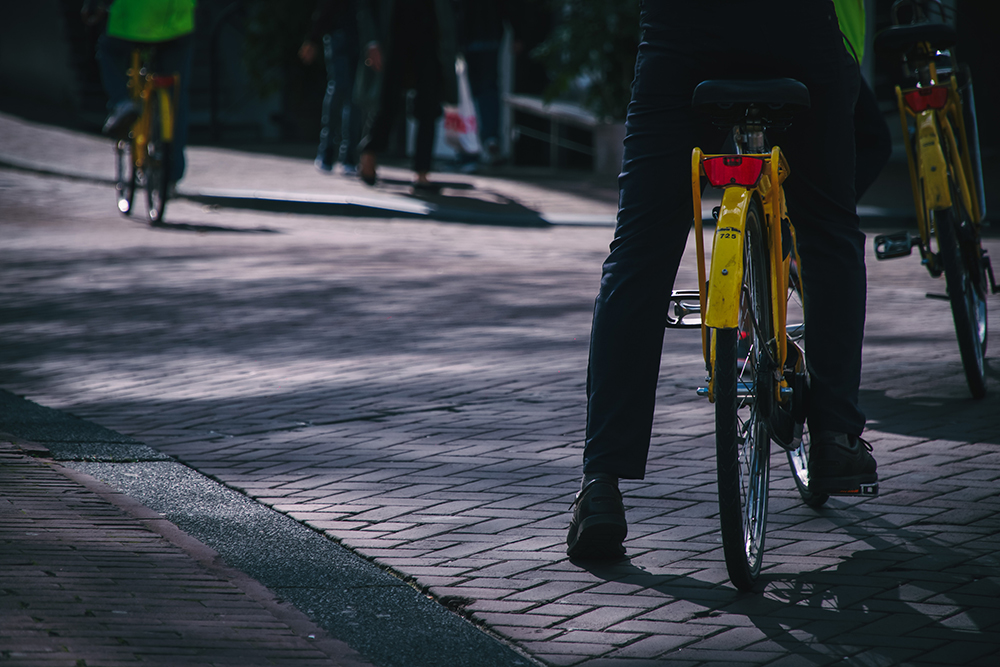 Although it’s clear that bicycle lanes can significantly reduce the number of accidents, injuries, and fatalities in cyclists, it is important to note just how many people choose to commute by bicycle in Canadian cities and the impact that bike lanes have on traffic safety as a whole.

Cycling has also become one of the fastest-growing modes of transportation in inner-city areas. With the rising number of people choosing to commute by bike, having the proper infrastructure for cyclists in the form of pathways, bike lanes, and other bike traffic provisions are becoming a necessity. Studies show that protected bike lanes actually increase bicycle ridership, reduce the number of motorists that are speeding, significantly reduce the total number of crashes, and improve the feeling of safety on the streets with bike lanes.

Here are some interesting bike lane traffic stats about how many people are cycling to get to their destination, the impact that bike lanes are having on inner-city traffic as a whole, and how bicycle traffic safety is being improved with bike traffic control provisions.

How People Feel About Bike Lanes 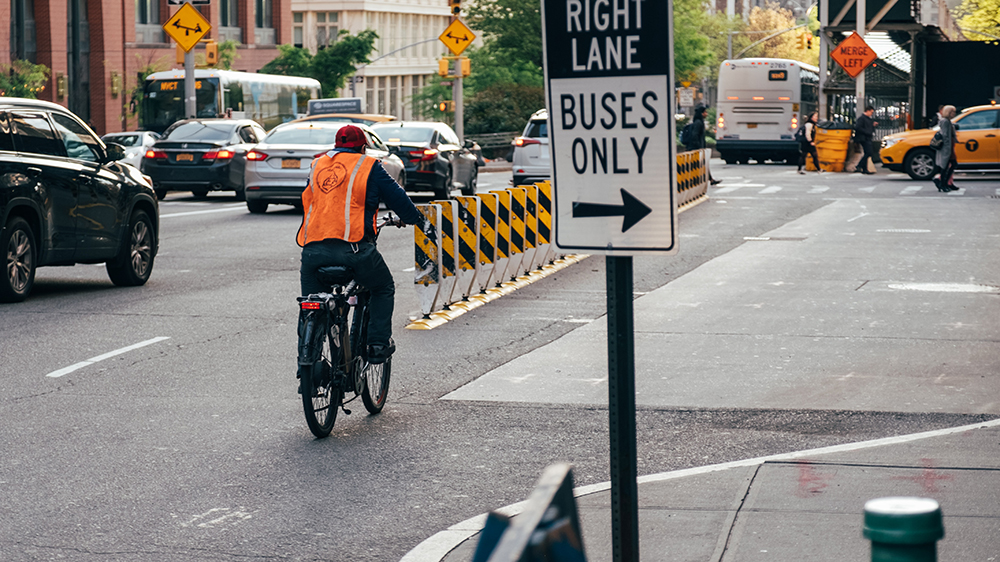 Another thing to consider with bike lanes is the number of people that prefer using them and the added sense of safety that they create for cyclists, pedestrians, and motorists. There are a large number of Canadians that have expressed they would feel safer if the proper bike traffic safety provisions and bike lanes existed. If more bike lanes were created, a large proportion of Canadians would even begin to ride their bikes in order to commute. Here are some stats that show how Canadians feel about adding more bike lanes to their cities. 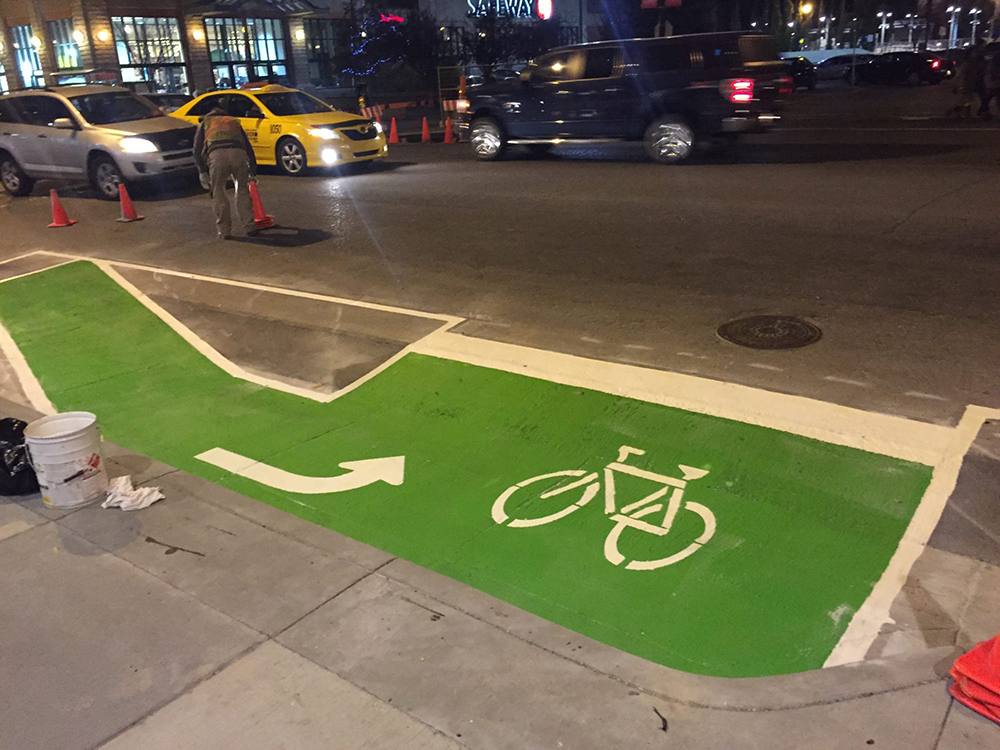 Although the bike lane safety stats show that bike lanes play a critical role in improving the safety of cyclists, pedestrians, and motorists, not all bike lane markings are created equally. Many greenway bicycle lanes and other styles of bike lanes are painted using traditional paint products. At EverLine Coatings and Services, our highly trained bike lane painting professionals use our exclusive TBL Durables bike lane paint product in combination with our industry-leading line painting equipment to create a superior end result.

Thanks to TBL Durables, the bike lane markings painted by EverLine last roughly three times longer than the next leading traffic paint product. This means you will have clean, crisp, markings that will continue to protect the users of the roads for longer than the bike lane markings created by other painting contractors. With this, municipalities, and organizations looking to have bike lanes implemented realize a 20-30% cost savings over the lifespan of a bike lane created by EverLine.

Our exclusive TBL Durables bike lane paint product is also more environmentally friendly. It’s ten times cleaner than oil-based line paints and three times cleaner than water-based line paints, respectively. If you’re looking to reduce the environmental footprint of your city by encouraging more people to commute by bike, this is a great way to start!

With the increasing number of Canadians commuting by bicycle, it is going to be critical to have the right infrastructure for cyclists and high-quality bike lane markings to keep them safe. There are studies backing that Canadians feel safer having dedicated bike lanes, that the lanes prevent accidents as a whole, and reduce traffic congestion. At EverLine, we see bike lanes as a way to improve our great Canadian cities and protect the people that live in them. We’re proud to be able to offer our services to make Canadian cities a better place to live for everyone and keep Canadians safer.